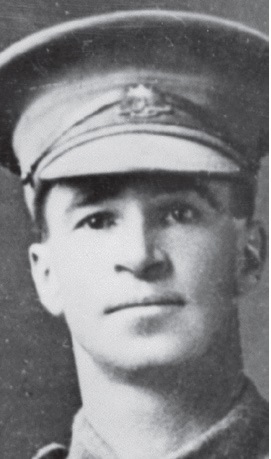 To the south Australian troops had captured Péronne on 1 September 1918. On 2 September, the day that Allied forces had broken through the Drocourt-Quéant Line to the north, the Australians continued to harass the Germans while consolidating their grip on the town. 43rd Battalion, 11th Brigade, established itself at Allaines on the Canal du Nord, a mile to the north, and cleared the enemy out of the neighbouring trenches. Meanwhile, just to the north of that, British troops advanced through St Pierre Vaast and Moislains Woods between Sailly-Saillisel and Moislains on the Canal du Nord. 1/22nd (County of London) Battalion London Regiment took up position in a trench north-east of Moislains.

For most conspicuous bravery and devotion to duty on the 2nd September, 1918, north of Peronne, when with an advanced bombing party. The attack having been held up by a strongly held enemy trench, Cpl. Weathers went forward alone under heavy fire and attacked the enemy with bombs. Then, returning to our lines for a further supply of bombs, he again went forward with three comrades, and attacked under very heavy fire. Regardless of personal danger, he mounted the enemy parapet and bombed the trench, and, with the support of his comrades, captured 180 prisoners and three machine guns. His valour and determination resulted in the successful capture of the final objective, and saved the lives of many of his comrades.