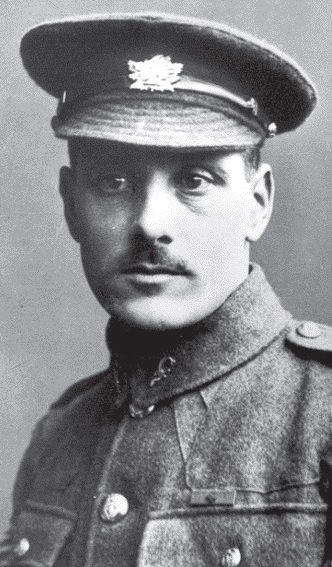 On 2 September 1918, when the Allies attacked and broke through the Drocourt-Quéant Line the 1st Canadian Division advanced south of the Arras to Cambrai road. Over the next two days the Division pushed through Cagnicourt, the Bois de Loison and the Buissy Switch to approach the Canal du Nord.

For most conspicuous bravery, devotion to duty, and initiative during the operations east of Arras from 2nd to 4th September, 1918. Ahead of his company, he rushed a trench occupied by a large party of the enemy, personally bayoneting two and taking ten prisoners. Later, he located and engaged with great skill, under constant rifle fire, an enemy sniper who was causing many casualties. He then rushed the section of trench from which the sniper had been operating, and so demoralised the enemy by his coolness and daring that thirty others surrendered to him. Again, regardless of his personal safety, he left cover under heavy machine-gun fire and carried in a badly wounded comrade. His indomitable courage, cool foresight, and daring reconnaissance were invaluable to his Company Commander and an inspiration to all ranks.