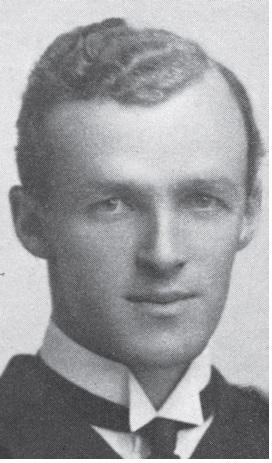 Built for the Norwegian navy as the Bjørgvin, HMS Glatton was requisitioned by the Royal Navy on the outbreak of war but did not enter service until 1918. On 16 September 1918, while she was in Dover Harbour, there was an explosion and fire amidships. More than sixty sailors were killed in this initial explosion and to prevent the devastating consequences of a further blast, the Glatton was torpedoed and sunk. Of the four members of rescue parties from other ships awarded the AM for their gallantry, only Sub Lieutenant D H Evans lived long enough for his Medal to be converted to the GC.

The KING has been graciously pleased to approve the award of the Albert Medal for gallantry in saving life at sea to:– Lieutenant George Devereux Belben, D.S.C., R.N., Sub-Lieutenant David Hywel Evans, R.N.V.R. P.O. Albert Ernest Stoker, O.N. 227692, and Able Seaman Edward Nunn, O.N. J.15703. The account of the services, in respect of which these decorations have been conferred, is as follows:– On the 16th September, 1918, a serious explosion occurred amidships on board H.M.S. “Glatton” whilst lying in Dover Harbour. This was followed immediately by an outbreak of fire, the oil fuel burning furiously and spreading fore and aft. Efforts were made to extinguish the fire by means of salvage tugs. The foremost magazines were flooded, but it was found impossible to get to the after magazine flooding positions. The explosion and fire cut off the after part of the ship, killing or seriously injuring all the officers who were on board with one exception. The ship might have blown up at any moment. Lieutenant Belben, Sub-Lieutenant Evans, Petty Officer Stoker, and Able Seaman Nunn were in boats which were rescuing men who had been blown, or who had jumped, overboard. They proceeded on board H.M.S. “Glatton” on their own initiative, and entered the superstructure, which was full of dense smoke, and proceeded down to the deck below. Behaving with the greatest gallantry and contempt for danger, they succeeded in rescuing seven or eight badly injured men from the mess deck, in addition to fifteen whom they found and brought out from inside the superstructure. This work was carried out before the arrival of any gas masks, and, though at one time they were driven out by the fire, they proceeded down again after the hoses had been played on the flames. They continued until all chance of rescuing others had passed, and she was ordered to be abandoned, when she was sunk by torpedo, as the fire was spreading, and it was impossible to flood the after magazines.