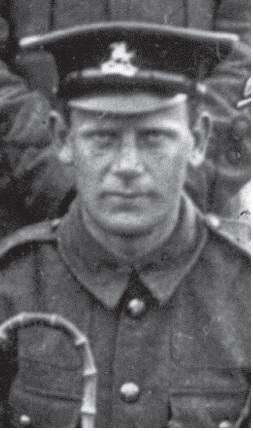 For most conspicuous bravery and devotion to duty at Ronssoy, on 18th September, 1918. He led an attack against enemy machine guns which were holding up the advance of neighbouring troops, and, in the face of devastating fire from flank and front, single-handed, rushed a strong point, bayonetting four of the garrison and capturing 20 with their guns. L./Serjt. Waring then, under heavy shell and machine-gun fire, reorganised his men and led and inspired them for another 400 yards, when he fell mortally wounded. His valour, determination and leadership were conspicuous throughout.