Born on 2nd April 1979 and brought up in New South Wales, Mark Donaldson joined The Royal Australian Regiment of the Royal Australian Infantry Corps in 2002 and was enlisted in the SASR in 2004. He was the first Australian to receive the Victoria Cross for Australia. Mark is still serving in the SASR and lives in Western Australia with his wife, Emma, and their two children. He was voted Young Australian of the Year in 2010, and became Patron in Chief of the Australian charity Soldier On in 2012. Mark undertakes many public engagements on behalf of the Army and also spend time working with and inspiring young people. 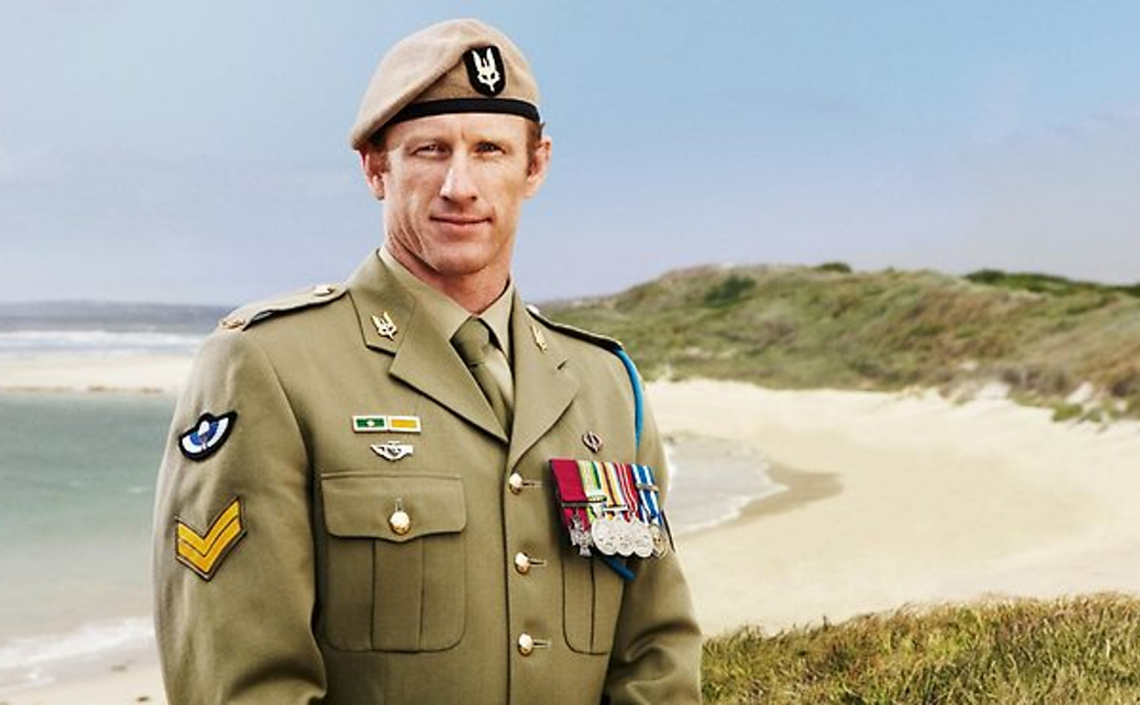 For most conspicuous acts of gallantry in action in a circumstance of great peril in Afghanistan as part of the Special Operations Task Group during Operation SLIPPER, Uruzgan province, Afghanistan.

On 2 September 2008, during the conduct of a fighting patrol, Trooper Donaldson was travelling in a combined Afghan, US and Australian vehicle convoy that was engaged by a numerically superior, entrenched and coordinated enemy ambush. The ambush was initiated by a high volume of sustained machine-gun fire coupled with the effective use of rocket-propelled grenades. Such was the effect of the initiation that the combined patrol suffered numerous casualties, completely lost the initiative and became immediately suppressed. It was over two hours before the convoy was able to establish a clean break and move to an area free of enemy fire.

In the early stages of the ambush, Trooper Donaldson reacted spontaneously to regain the initiative. He moved rapidly between alternate positions of cover engaging the enemy with 66mm and 84mm anti-armour weapons as well as his M4 rifle. During an early stage of the enemy ambush, he deliberately exposed himself to enemy fire in order to draw attention to himself and thus away from wounded soldiers. This selfless act alone bought enough time for those wounded to be moved to relative safety. As the enemy had employed the tactic of a rolling ambush, the patrol was forced to conduct numerous vehicle manoeuvres, under intense enemy fire, over a distance of approximately 4km to extract the convoy from the engagement area. Compounding the extraction was the fact that casualties had consumed all available space within the vehicles. Those who had not been wounded, including Trooper Donaldson, were left with no option but to run beside the vehicles throughout. During the conduct of this vehicle manoeuvre to extract the convoy from the engagement area, a severely wounded coalition force interpreter was inadvertently left behind. Of his own volition and displaying complete disregard for his own safety, Trooper Donaldson Page 2 moved alone, on foot, across approximately 80 metres of exposed ground to recover the wounded interpreter. His movement, once identified by the enemy, drew intense and accurate machine-gun fire from entrenched positions. Upon reaching the wounded coalition force interpreter, Trooper Donaldson picked him up and carried him back to the relative safety of the vehicles, then provided immediate first aid before returning to the fight.

On subsequent occasions during the battle, Trooper Donaldson administered medical care to other wounded soldiers, while continually engaging the enemy.

Trooper Donaldson’s acts of exceptional gallantry in the face of accurate and sustained enemy fire ultimately saved the life of a coalition force interpreter and ensured the safety of the other members of the combined Afghan, US and Australian force. Trooper Donaldson’s actions on this day displayed exceptional courage in circumstances of great peril. His actions are of the highest accord and are in keeping with the finest traditions of Special Operations Command, the Australian Army and the Australian Defence Force.