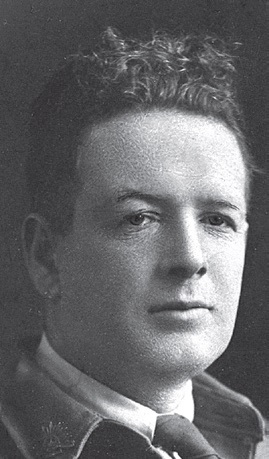 For most conspicuous bravery during the attack near Le Verguier, north-west of St. Quentin, on 18th September, 1918. During the whole period of the advance, which was very seriously opposed, Sjt. Sexton was to the fore dealing with enemy machine guns, rushing enemy posts, and performing great feats of bravery and endurance without faltering or for a moment taking cover. When the advance had passed the ridge at Le Verguier, Sjt. Sexton’s attention was directed to a party of the enemy manning a bank, and to a field gun causing casualties and holding up a company. Without hesitation, calling to his section to follow, he rushed down the bank and killed the gunners of the field gun. Regardless of machine-gun fire, he returned to the bank, and after firing down some dugouts induced about thirty of the enemy to surrender. When the advance was continued from the first to the second objective the company was again held up by machine guns on the flanks. Supported by another platoon, he disposed of the enemy guns, displaying boldness which inspired all. Later, he again showed the most conspicuous initiative in the capture of hostile posts and machine guns, and rendered invaluable support to his company digging in. Amendments. The notification of the award of the Victoria Cross to No. 6594 Serjeant Gerald Sexton, 13th Bn., A.I.F., as announced in the London Gazette dated 14th December, 1918, should read as being awarded to No. 6594 Serjeant Maurice Vincent Buckley, 13th Bn., A.I.F., the latter being the correct Christian names and surname of this N.C.O., which he has been permitted to re-assume.