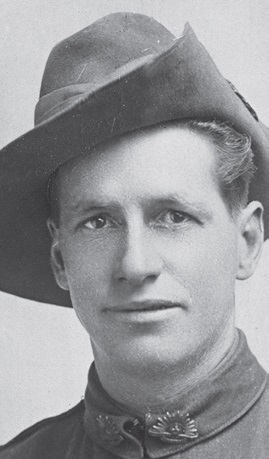 For conspicuous bravery and devotion to duty near Le Verguier, north-west of St. Quentin, on the 18th September, 1918, when, with a weak patrol, he attacked and captured a very formidable enemy post, and subsequently, with two comrades, held the same against heavy enemy counter-attacks. Although exposed to heavy fire of all descriptions, he fearlessly jumped on the parapet and opened fire on the attacking enemy, inflicting severe casualties. He kept up his fire and held up the enemy until help arrived, and throughout the operations displayed a splendid example of valour, determination and initative.