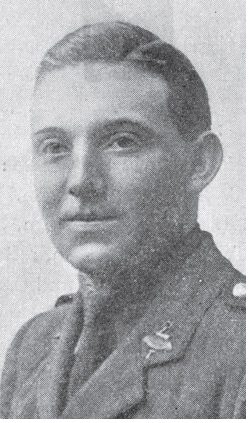 For most conspicuous bravery, determination and exceptional devotion to duty on 18th September, 1918, south-east of Havrincourt, when during an enemy counter-attack and throughout an extremely intense enemy barrage he visited all posts, warned the garrisons and encouraged the men. In the early stages of the attack he rescued two of his men who had been captured, and bombed and silenced an enemy machinegun. Although surrounded by the enemy, 2nd Lt. Young fought his way back to the main barricade and drove out a party of the enemy who were assembling there. By his further exertions the battalion was able to maintain a line of great tactical value, the loss of which would have meant serious delay to further operations. Throughout four hours of intense hand-to-hand fighting 2nd Lt. Young displayed the utmost valour and devotion to duty, and set an example to which the company gallantly responded. He was last seen fighting hand to hand against a considerable number of the enemy.