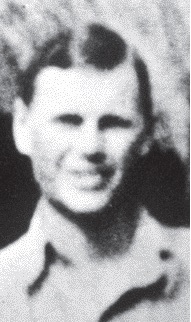 After the return of Emperor Haile Selassie of Abyssinia to his capital on 5 May 1941 and the surrender of the Duke of Aosta, Viceroy of Italian East Africa, at Amba Alagi on 16 May, Italian forces still controlled Galla-Sidamo in south-west Abyssinia and Gondar in the northwest. Since 11 April 1941 22nd East African Brigade had been advancing south from Addis Ababa and by 14 May was at Shashamanna but then turned west to Colito. Beyond Colito was the River Bilate, which flows south into Lake Abaya. The Italians had destroyed the bridge but on 19 May two companies of The King’s African Rifles established a bridgehead on the west bank. The Italians counter-attacked but Sergeant N G Leakey routed six tanks singlehanded, though at the cost of his own life. On 23 May the Brigade reached Soddu to the south. The last Italian troops in Ethiopia did not surrender until November 1941.

On the 19th of May, 1941, at Colito, Abyssinia, two companies of the 1st/6th The King’s African Rifles successfully crossed the Billate River in the face of strong enemy opposition, and established a precarious bridgehead without hope of immediate reinforcement. Throughout the operation, Sergeant Leakey had been supporting the crossing with 3 in. mortar fire, and having expended all his ammunition, he went forward to see what he could do. Suddenly, the enemy launched a surprise counter-attack with medium and light tanks which emerged from the bush threatening to over-run the two companies of the 1st/6th The King’s African Rifles. Advancing from the rear, one of these tanks was bearing down on the troops, who had no anti-tank weapons for their defence. With complete disregard for his own safety, and in the face of withering machine gun and rifle fire from the enemy’s ground troops, and from more tanks in front, Sergeant Leakey leaped on top of the tank which was coming in from behind our position and wrenched open the turret. With his revolver he shot the Commander of this tank and the crew with the exception of the driver whom he forced to drive in to cover. Having failed to get the cannon of this tank to fire he dismounted, calling out “I’ll get them on foot,” and charged across ground which was being swept by machine gun and shell fire from the other enemy tanks which were advancing and causing casualties to our infantry. In company with an African C.S.M. and two other Askari, he proceeded to stalk these tanks. The first two tanks passed, but Sergeant Leakey managed to jump on to the third tank and opened the turret and killed one of the crew before the fourth tank opened fire with a machine gun and shot him off the tank. Sergeant Leakey throughout the action displayed valour of the highest order, his determination and his initiative were entirely responsible for breaking up the Italian tank attack; by his own individual action he saved what would have undoubtedly developed into a most critical situation, for had the Italian tanks succeeded the result would have been the loss of a most valuable bridgehead which would have had most far reaching results on the subsequent operations. The superb courage and magnificent fighting spirit which Sergeant Leakey displayed, facing almost certain death, was an incentive to the troops who fought on with inspiration after witnessing the gallantry of this N.C.O.’s remarkable feat, and succeeded in retaining their positions in face of considerable odds.