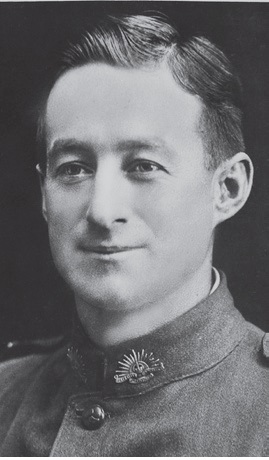 On 29 September 1918 during the assault on the Hindenburg Line, the Australian-American Corps of Fourth Army had taken Bellicourt, north of St Quentin, on the Main Line of the Hindenburg Defences, as well as the Support System beyond it (see Major B A Wark VC, 29 Sept-1 Oct 1918). However at Bois-de-Cabaret, north-east of Bellicourt, the Allied Line swung round to the west leaving the Hindenburg Support System, here sometimes known as the Le Catelet Line, in German hands. On 30 September 55th Battalion (New South Wales) took part in clearing two-thirds of a mile of enemy trenches at this point.

For most conspicuous bravery and devotion to duty during an attack against the Hindenburg defences on 30th September, 1918. In the initial assault on the enemy’s positions Pte. Ryan went forward with great dash and determination, and was one of the first to reach the enemy trench. His exceptional skill and daring inspired his comrades, and, despite heavy fire, the hostile garrison was soon overcome and the trench occupied. The enemy then counter-attacked, and succeeded in establishing a bombing party in the rear of the position. Under fire from front and rear, the position was critical, and necessitated prompt action. Quickly appreciating the situation, he organised and led the men near him with bomb and bayonet against the enemy bombers, finally reaching the position with only three men. By skilful bayonet work, his small party succeeded in killing the first three Germans on the enemy’s flank, then, moving along the embankment, Pte. Ryan alone rushed the remainder with bombs. He fell wounded after he had driven back the enemy, who suffered heavily as they retired across “No Man’s Land.”. A particularly dangerous situation had been saved by this gallant soldier, whose example of determined bravery and initiative was an inspiration to all.