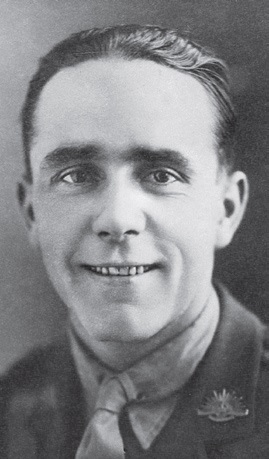 The British advance against the Hindenburg Line had begun on 27 September 1918. On 29 September Fourth Army crossed the St Quentin Canal north of St Quentin and, by 3 October, having overrun the Hindenburg Main Line and its Support System, was ready to attack its final feature, the Reserve Line, known here as the Beaurevoir Line. The 5th Australian Brigade advanced against it near Estrées. The Line then passed south between Joncourt and Ramicourt. Ramicourt was taken but among those killed was Acting Lieutenant Colonel B W Vann VC, 1/6th Battalion The Sherwood Foresters (see 29 Sept 1918 above).

For most conspicuous bravery and leadership in attack on the Beaurevoir-Fonsomme line near Estrées, North of St. Quentin, on the 3rd October, 1918. His company commander was severely wounded early in the advance, and Lt. Maxwell at once took charge. The enemy wire when reached under intense fire was found to be exceptionally strong and closely supported by machine guns, whereupon Lt. Maxwell pushed forward single-handed through the wire and captured the most dangerous gun, killing three and capturing four enemy. He thus enabled his company to penetrate the wire and reach the objective. Later, he again dashed forward and silenced, single-handed, a gun which was holding up a flank company. Subsequently, when with two men only he attempted to capture a strong party of the enemy, he handled a most involved situation very skilfully, and it was due to his resource that he and his comrades escaped. Throughout the day Lt. Maxwell set a high example of personal bravery, coupled with excellent judgment and quick decision.