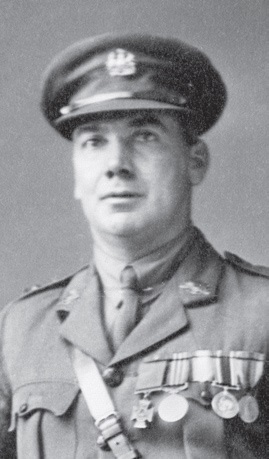 In its advance beyond the Hindenburg Line north of St Quentin, on 5 October 1918 Third Army overran Beaurevoir and Montbrehain. In the latter action Lieutenant G M Ingram 24th Battalion (Victoria), 2nd Australian Division, was instrumental in the capture of a quarry on the north-western outskirts of the village, which was held by about a hundred German troops.

For most conspicuous bravery and initiative during the attack on Montbréhain, East of Peronne, on 5th October, 1918. When early in the advance his platoon was held up by a strong point, Lt. Ingram, without hesitation, dashed out and rushed the post at the head of his men, capturing nine machine guns and killing 42 enemy after stubborn resistance. Later, when the company had suffered severe casualties from enemy posts, and many leaders had fallen, he at once took control of the situation, rallied his men under intense fire, and led them forward. He himself rushed the first post, shot six of the enemy, and captured a machine gun, thus overcoming serious resistance. On two subsequent occasions he again displayed great dash and resource in the capture of enemy posts, inflicting many casualties and taking 62 prisoners. Throughout the whole day he showed the most inspiring example of courage and leadership, and freely exposed himself regardless of danger.