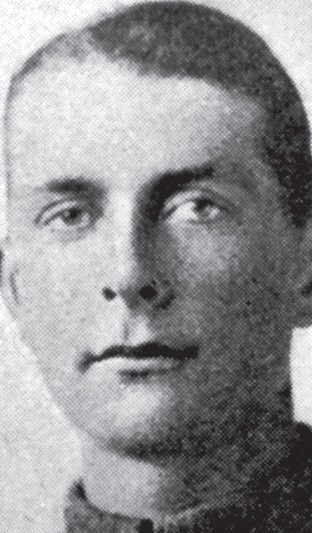 By 11 October 1918 Third and Fourth Armies east of Cambrai had reached the River Selle, which ran through Solesmes and Le Cateau-Cambrésis and in the following days sought to establish bridgeheads across the river. On 12 October, 10th Battalion The Lancashire Fusiliers took part in the assault on Neuvilly, a village on the Selle, north-west of Le Cateau- Cambrésis. There was fierce enemy resistance and the Germans managed to keep a foothold in the village for some days.

For most conspicuous bravery and self-sacrifice during the clearing of the village of Neuvilly on 12th October, 1918, when, with a party of about seven men under an officer, he was the first to enter a house from the back door, and shot two Germans as they attempted to get out by the front door. A minute later a fall of masonry blocked the door by which the party had entered. The only exit into the street was under fire at point-blank range. The street was also swept by the fire of machine guns at close range. Observing that an enemy sniper was causing heavy casualties to a party in a house across the street, Pte. Lester exclaimed, “I’ll settle him,” and, dashing out into the street, shot the sniper at close quarters, falling mortally wounded at the same instant. This gallant man well knew it was certain death to go into the street, and the party opposite was faced with the alternative of crossing the fire-swept street or staying where it was and being shot one by one. To save their lives he sacrificed his own.