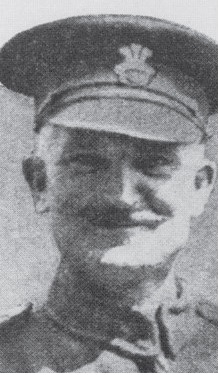 For most conspicuous bravery and devotion to duty on the 14th October, 1918, near Ledeghem, when, advancing with five comrades across the open, the party suddenly came under heavy rifle fire at close range from a strongly held house. Rushing towards the house through a hail of bullets, Pte. Moffat threw bombs, and then, working to the back of the house, rushed the door single-handed, killing two and capturing thirty of the enemy. He displayed the greatest valour and initiative throughout.