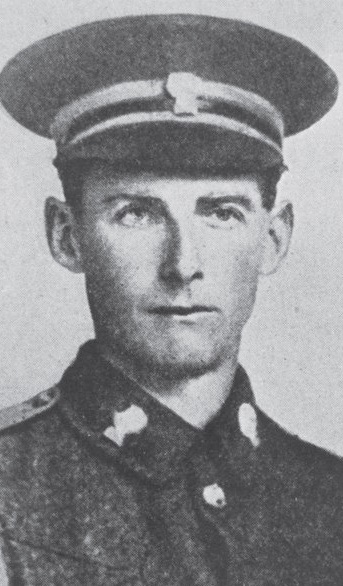 To the north of Le Cateau-Cambrésis, where there had been VC Actions at Neuvilly on 12 October 1918 and at St-Python on 13 October (see above), Third Army crossed the River Selle on 20 October, striking north-east towards Le Quesnoy. Acting Sergeant J B Daykins, 2/4th Battalion York and Lancaster Regiment, distinguished himself in the capture of Solesmes on the Selle. 1/5th Battalion The Manchester Regiment was slightly to the south and during its attack on the hamlet of Marou, just east of Solesmes, Private A R Wilkinson showed great bravery in hand to hand fighting with German troops.

For most conspicuous bravery and initiative at Solèsmes on 20th October, 1918, when, with twelve remaining men of his platoon, he worked his way most skilfully, in face of heavy opposition, towards the church. By prompt action he enabled his party to rush a machine gun, and during subsequent severe hand-to-hand fighting he himself disposed of many of the enemy and secured his objective, his party, in addition to heavy casualties inflicted, taking thirty prisoners. He then located another machine gun which was holding up a portion of his company. Under heavy fire he worked his way alone to the post, and shortly afterwards returned with twenty-five prisoners and an enemy machine gun, which he mounted at his post. His magnificent fighting spirit and example inspired his men, saved many casualties, and contributed very largely to the success of the attack.