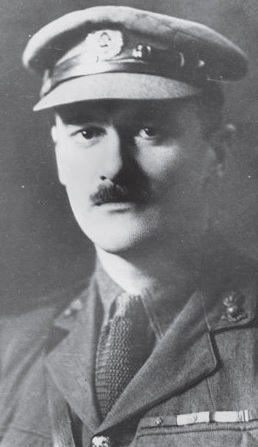 For most conspicuous bravery and devotion to duty during the forcing of the Sambre-Oise canal at the Lock, 2 miles South of Catillon, on 4th November, 1918, when in charge of the bridging operations at this crossing. Maj. Findlay was with the leading bridging and assaulting parties which came under heavy fire while trying to cross the dyke between the forming up line and the Lock. The casualties were severe, and the advance was stopped. Nevertheless, under heavy and incessant fire he collected what men he could and repaired the Bridges, in spite of heavy casualties in officers and other ranks. Although wounded, Maj. Findlay continued his task and after two unsuccessful efforts, owing to his men being swept down, he eventually placed the bridge in position across the Lock, and was the first man across, subsequently remaining at this post of danger till further work was completed. His cool and gallant behaviour inspired volunteers from different units at a critical time when men became casualties almost as soon as they joined him in the fire-swept zone, and it was due to Maj. Findlay’s gallantry and devotion to duty that this most important crossing was effected.