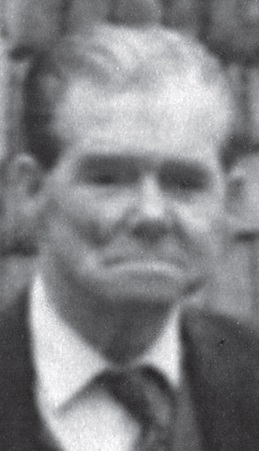 On 10 November 1918 a fire broke out on SS Hornsey at Sunderland. The ship was carrying live ammunition. Her fireman, C Feetham, played a gallant and decisive role in extinguishing the fire.

The KING has been graciously pleased to confer the Decoration of the Albert Medal upon Christopher Feetham, fireman of the steamship “Hornsey,” of London. On the 10th November last, while the s.s. “Hornsey” was lying at Sunderland, a fire broke out in the mess-room and adjoining saloon. A quantity of ammunition was on board, and there was accordingly a great risk, if it exploded, of loss of life and property, as the effects of the explosion would probably not have been confined to the shipping in the harbour, but would have spread to the quay. The whole of the ship’s company behaved admirably in the emergency; and the Master, Chief Engineer, Second Mate, Steward and one of the Gunners did exceptionally well in their efforts to get the fire under. The decisive factor, however, in extinguishing it and saving life and property was the heroism of Feetham. He volunteered to be let down into the cabin, and there, waist-high in water, he was able to direct his hose on to that part of the fire which would have exploded the ammunition in a very short time. As it was, some of the ammunition cases were already scorched. It was at the greatest risk of his own life that, after a long series of attempts, in conjunction with other members of the crew, at extinguishing the outbreak, he went down alone to make a last effort, which happily was successful, and he undoubtedly saved a very large number of lives by his exceptional courage.