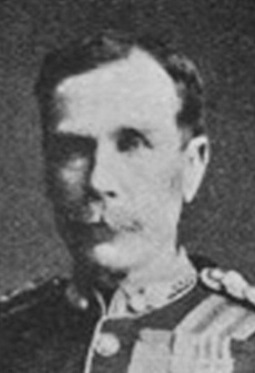 Was one of the centre Serjeants at the Battle of the Alma, and advanced between the Officers, carrying the colours. When near the redoubt, Lieutenant Anstruther, who was carrying a colour, was mortally wounded, and he was shot in the breast at the same time, and fell; but, recovering himself,snatched up the colourfrom the ground,and continued to carry it till the end of the action, although urged by Captain Granville to relinquish it,and go to the rear, on account of his wound; was recommended for and received his commission for his services at the Alma. Also behaved with great gallantry at the assault on the Redan, 8th September, 1855, where he wasshot through both thighs.