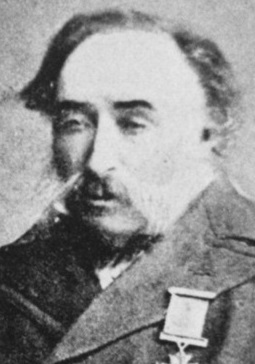 For having, on the 18th October, 1854, volunteered to repairthe embrasures of the Sailors’ Battery on the Left Attack,and effected the same, with the assistance of one other volunteer, undera very heavy fire from a line of batteries. For gallant conduct on the 22nd November, 1854, in the repulse of the Russian attack on the advanced trench of the Left Attack, when, on being severely wounded, he refused to quit the front, encouraging, by such determined bearing, the weak force engaged with the enemy to maintain its position.