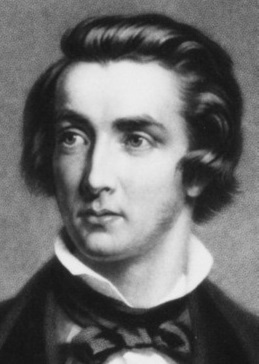 The Fourth Bombardment of Sevastopol was launched by the Allies on 17 June 1855. They had planned to attack the main south-eastern defences of the town the following day, the French aiming to capture the Malakov and the British, across the Dockyard Ravine to their left, seeking to take possession of the Redan. Both assaults were to be preceded by a further bombardment lasting several hours. The French, however, decided against this and, in consequence, were soon in such difficulties that Lord Raglan felt he had no option but to assist them by beginning his own advance even though the planned bombardment had not taken place. The British had to cross 400 yards of open ground before they reached the abattis, ditches filled with boards from which spikes protruded. On the other side of this obstacle towered the Russian stronghold. Two British Columns attacked the Redan. No 1 Column under Sir John Campbell made for its left flank, while No 2 Column under Colonel Lacy Yea targetted its right flank. No 1 Column included the 17th, 21st and 57th Regiments, No 2 the 7th, 33rd and 34th Regiments. At the front of both columns were 100 men of the Rifle Brigade to provide covering fire, together with Royal Engineers, Royal Sappers and Miners and men from the Royal Navy, to clear obstacles, including the abattis, and to carry scaling ladders. Those who distinguished themselves amongst the scaling parties apart from those described below included Captain William Peel RN (qv) and Midshipman E St J Daniel (qv), who tended him when he was wounded, and Lieutenant J S Knox (qv), Rifle Brigade. Gunner T Arthur (qv), RA, did gallant service in an artillery spiking party. Sergeant G Gardiner (qv), 57th Regiment encouraged his comrades during the initial advance to keep firing to try to clear the Russians from the parapet of the stronghold. The British attack was, however, just as unsuccessful as the French attack on the Malakov and the British troops had no option but to withdraw to their own lines. Consequently, the majority of VCs for bravery during the First Assault on the Redan were awarded to those who brought back wounded during the action. Apart from those described below Private M Hughes (qv), 7th Regiment distinguished himself in this operation. The only British action on this day which enjoyed any success was the advance of a brigade under General Eyre down Picket House Ravine on the western side of Green Hill, which seized a spur projecting from the Hill, on which there was a Russian position. The southern part of this was a small cemetery. It was here that Sergeant W McWheeney (qv), 44th Regiment, further distinguished himself. A second assault on the Redan was mounted on 8 September 1855.

Sir Stephen Lushington recommends this Officer:– 1st. For having on the 18th October, 1854, at the greatest possible risk, taken up a live shell, the fuze still burning, from among several powder cases, outside the magazine, and thrown it over the parapet (the shell bursting as it left his hands), thereby saving the magazines, and the lives of those immediately round it. (Despatch from Sir S. Lushington inclosed in letter from Admiral Lord Lyons, 10th May, 1856). 2nd. On the 5th November, 1854, at the Battle of Inkerman, for joining the Officers of the Grenadier Guards, and assisting in defending the colours of that Regiment, when hard pressed at the Sandbag Battery. (Sir S. Lushington is authorized to make this statement by the Lieutenant- General Commanding the Division, His Royal Highness the Duke of Cambridge, who is ready to bear testimony to the fact.) 3rd. On the 18th June, 1855, for volunteering to lead the Ladder Party at the assault on the Redan, and carrying the first ladder until wounded.