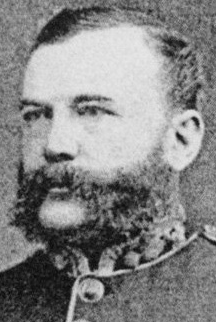 For having, after the retreat of the Light Cavalry, at the Battle of Balaclava, been instrumental, together with Dr. James Mouat, C.B., in saving the life of Lieut.-Col. Morris, C.B., of the 17th Lancers, by proceeding, under a heavy fire, to his assistance, when he was lying very dangerously wounded, in an exposed situation