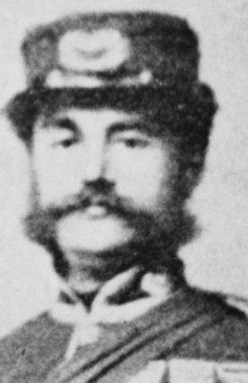 The 34th Regiment of Foot were among the British troops on the Woronzov Ridge, forming the Right Attack during the siege of Sevastopol. That same day Captain F C Elton (qv), 55th Regiment, drove off a Russian attack on a British position.

For distinguished conduct on the night of the 4th August, 1855, when in command of a working party in the advanced trenches in front of the Quarries, in encouraging and inciting his men, by his example, to work under a dreadful fire; and, when there was some hesitation shown, in consequence of the severity of the fire, going into the open, and working with pick and shovel–thus showing the best possible example to the men. In the words of one of them, “There was not another Officer in the British Army who would have done what Major Elton did that night.” In the month of March, 1855, Major Elton volunteered, with a small party of men, to drive off a body of Russians who were destroying one of our new detached works, and succeeded in doing so, taking prisoner one of the enemy with his own hands. On the night of the 7th June, 1855, Major Elton was the first of his party to leave our trenches lead ng his men; when in the Quarries, he several times rallied his men around him.