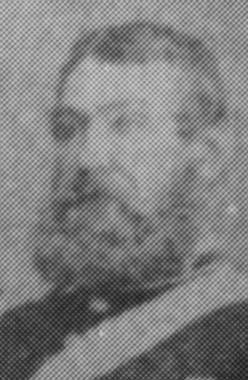 On 6 June 1855 the Allies began their Third Bombardment of Sevastopol. One of their chief targets was the Redan opposite the British Right Attack on Woronzov Ridge. The British had already established forward or ‘advanced’ batteries in front of their Attacks. Though of great value, these batteries were by definition also the most exposed to enemy fire. It was here on the Right Attack that Sergeant G Symons distinguished himself by his gallantry on 6 June 1855 and Gunner T Wilkinson on the following day.

For conspicuous gallantry on the 18th October, 1854, in having volunteered to unmask the embrasures of a five-gun battery in the advanced Right Attack, and when so employed, under a terrific fire, which the enemy commenced immediately on the opening of the first embrasure, and increased on the unmasking of each additional one; in having overcome the great difficulty of uncovering the last, by boldly mounting the parapet, and throwing down the sand-bags, when a shell from the enemy burst, and wounded him severely.
Whitehall, December 21, 1857. VICTORIA CROSS. Erratum in the London Gazette of Friday, November 20th.
The date of Lieutenant George Symons’s Act of Bravery, is the “6th of June, 1855,” and not the “18th of October, 1854.”
The London Gazette of 22 December 1857, Numb. 22075, p. 4511