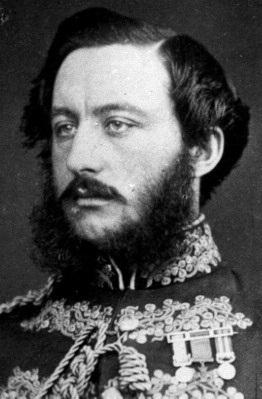 On 20 June 1855, Captain T Esmonde (qv), 18th Regiment, who had distinguished himself at the first assault on the Redan, extinguished an enemy fireball which threatened to attract enemy fire to a working party. On 23 June 1855, Private C McCorrie, whose regiment, the 57th, had helped furnish No 1 Column in the attack on the Redan, gallantly disposed of a live Russian shell which had landed in his position.

For having, after being engaged in the attack on the Redan, repeatedly assisted, at great personal risk under a heavy fire of shell and grape, in rescuing wounded men from exposed situations; and also, while in command of a covering party, two days after, for having rushed with the most prompt and daring gallantry to a spot where a fire-ball from the enemy had just been lodged, which he effectually extinguished, before it had betrayed the position of the working party under his protection,–thus saving it from a murderous fire of shell and grape, which was immediately opened upon the spot where the fire-ball had fallen.