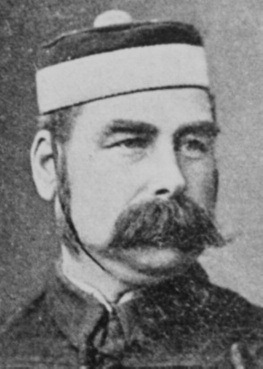 In July 1855 HMS Arrogant, HMS Magicienne and the gunboat HMS Ruby were detached from the British Baltic fleet to attack the ports at the eastern end of the Gulf of Finland. After destroying Russian positions at Rotchensalm and Svartholm, on 13 July 1855 they attacked Vyborg at the north-eastern corner of the Gulf and the ships of the Russian navy that were anchored there. An underwater barrier meant that the attack had to be carried out by their cutters. In the course of the action one of Arrogant’s cutters was hit by a shell and her magazine blew up. Petty Officer G H Ingouville jumped over her side into the water and towed her away from a Russian battery. Lieutenant G D Dowell, seeing what was happening, rowed over from HMS Ruby with three volunteers and rescued both the cutter and its crew.

An explosion having occurred in one of the rocket-boats of the “Arrogant,” during the attack on some forts near Viborg, Lieutenant Dowell (who was on board the “Ruby” gunboat, while his own boat was receiving a supply of rockets) was the first to jump into the quarter-boat of the “Ruby,” and with three volunteers, himself pulling the stroke-oar, proceeded instantly, under a heavy fire of grape and musketry, to the assistance of the cutter’s crew. The Russians endeavoured to prevent his object of saving the men and boat, but Lieutenant Dowell succeeded in taking up three of the boat’s crew and placing them on board the “Ruby;” and, on his returning to the spot, was mainly instrumental in keeping afloat, and bringing off the sinking cutter. (Despatch from Rear-Admiral Honourable Sir R.S. Dundas, 17th July, 1855, and Letter from Colonel Wesley, Deputy Adjutant-General of Royal Marines.)