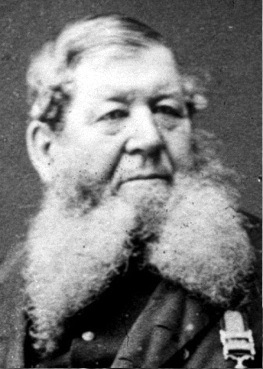 On the nights of 15 July and 16 August 1855, Bo’sun’s Mate J Sheppard ventured out alone in a shallow punt into Sevastopol Harbour near Careenage Creek in an attempt to fix to a Russian warship an explosive device of his own construction. Though both attempts were unsuccessful he displayed great bravery in attempting to execute this daring plan.

Recommended by Captain Keppel, for on the 15th July, 1855, while serving as Boatswain’s Mate of the St. Jean d’Acre (attached to the Naval Brigade) proceeding in a punt with an exploding apparatus into the harbour of Sebastopol, to endeavour to blow up one of the Russian line-of- battle ships. This service, which was twice attempted, is described by Lord Lyons “as a bold one, and gallantly executed.” On the first occasion, Mr. Shepherd proceeded past the enemy’s steam-boats, at the entrance of Careening Bay; but was prevented penetrating further by the long string of boats that were carrying troops from the south to the north side of Sebastopol. The second attempt was made on the 16th August, from the side of Careening Bay, in the possession of the French. (Despatches from Captain Honourable H. Keppel in Admiral Lord Lyons’ letter 10th May, 1856, and Admiral Lord Lyons, 4th October, 1855.)