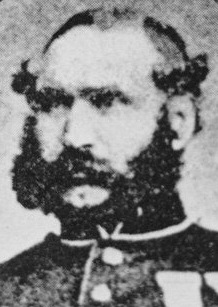 Distinguished conduct on the 21st July, 1855, in connecting the 4th Parallel Right Attack with an old Russian Rifle Pit in front. Extremely creditable conduct on the 23rd August, 1855, in charge of the advance from the 5th Parallel Right Attack on the Redan, in placing and filling 25 gabions under a very heavy fire, whilst annoyed by the presence of light balls. Intrepid and devoted conduct in creeping to the Redan in the night of the 8th September, 1855, and reporting its evacuation, on which its occupation by the English took place.