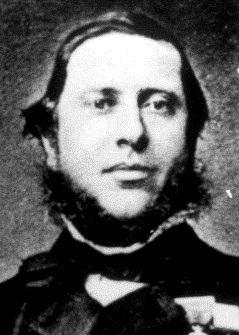 On 31 August 1855 HMS Wrangler and HMS Vesuvius put raiding parties ashore at Mariupol on the northern shore of the Sea of Azov. One of them was ambushed by the Russians and Bo’sun J Kellaway went back to assist Mr Odevaine, the Mate. Both were captured. Kellaway was exchanged by the Russians at Odessa on 20 October 1855.

“Whilst Boatswain of the ‘Wrangler,’in the Sea of Azoff, was taken prisoner after a stout resistance, whilst endeavouring to rescue Mr. Odevaine, Mate.” This gallant service was performed on shore near Marionpol. A detachment, consisting of Mr. Odevaine, Mate; Mr. Kellaway, Boatswain; and three Seamen, had been dispatched from the “Wrangler” to endeavour to burn some boats, fishing stations, and hay-stacks, on the opposite side of a small lake. They had nearly reached the spot, when they were fired upon by a party of fifty Russian soldiers, who suddenly rushed from their ambush, and endeavoured to cut off their retreat. One man fell into the enemy’s hands, but Mr. Kellaway, and the two other seamen, had contrived to make good their escape, when Mr. Odevaine accidentally fell. Kellaway, apparently imagining him to be wounded, without a moment’s hesitation returned to his rescue, risking his own life to succour his Commanding Officer. Unfortunately, while lifting up Mr. Odevaine, they were surrounded by the enemy, and, notwithstanding a gallant but hopeless resistance by Mr. Kellaway,they were both made prisoners. Commander Burgoyne, who has furnished these particulars, observes, “I was myself an observer of the zeal, gallantry, and self-devotion that characterized Mr. Kellaway’s conduct.” (Despatches from Admiral Lord Lyons, of 8th September, 1855, No. 746; and of 22nd September, 1855, No. 796.)