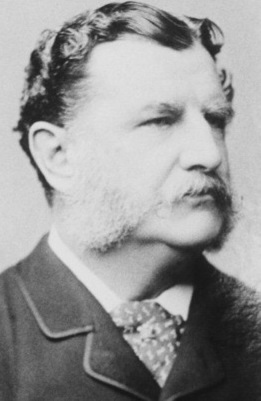 In the summer of 1854, to open up another front in the war, the Russian army in the Caucasus invaded Turkish Armenia and twice defeated the Turks who fell back on Kars some 80 miles south-west of Tbilisi. In September 1854 Lord Raglan sent Colonel Sir Fenwick Williams as his liaison officer with Zarif Pasha, the Turkish commander at Kars. Williams was accompanied by an aide-de-camp, Lieutenant C C Teesdale, and by Dr H Sandwith who had been appointed Inspector General of Hospitals in Asia Minor. Williams attempted to strengthen the town’s defences in preparation for the Russian siege which began in June 1855. The Allies were unable to send any assistance to the besieged Garrison and Kars finally surrendered to the Russians on 28 November 1855.

For gallant conduct, in having, while acting as Aide-de-Camp to Major-General Sir William Fenwick Williams, Bart., K.C.B., at Kars, volunteered to take command of the force engaged in the defence of the most advanced part of the works,–the key of the position–against the attack of the Russian Army; when, by throwing himself into the midst of the enemy, who had penetrated into the above redoubt, he encouraged the Garrison to make an attack, so vigorous, as to drive out the Russians therefrom, and prevent its capture; also for having, during the hottest part of the action, when the enemy’s fire had driven the Turkish Artillerymen from their guns, rallied the latter, and by his intrepid example induced them to return to their post; and further, after having led the final charge which completed the victory of the day, for having, at the greatest personal risk, saved from the fury of the Turks, a considerable number of the disabled among the enemy, who were lying wounded outside the works,–an action witnessed, and acknowledged gratefully before the Russian Staff, by General Mouravieff.