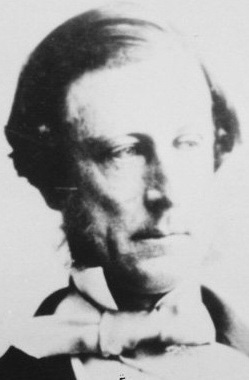 On 7 December 1856, East India Company troops landed ten miles south of Bushire and made camp near Halilah. On 9 December they advanced on Reshire fort, five miles south of Bushire. Reshire soon fell but fifty members of the atacking force were killed or wounded. Captain J A Wood who led the assault was later awarded the VC. An Indian Subedar-Major who had accompanied him was also recommended for the VC, but the award was not at that time open to native troops, and he received the (Indian) Order of Merit instead. (A Warrant of 21 October 1911 extended eligibility for the VC to native officers, non-commissioned officers and men of the Indian Army.)

On the 9th of December, 1856, Captain Wood led the Grenadier Company, which formed the head of the assaulting column sent against Bushire. He was the first man on the parapet of the fort, where he was instantly attacked by a large number of the garrison, who suddenly sprang on him from a trench cut in the parapet itself. These men fired a volley at Captain Wood and the head of the storming party, when only a yard or two distant from that Officer; but, although Captain Wood was struck by no less than seven musket balls, he at once threw himself upon the enemy, passed his sword through the body of their leader, and, being closely followed by the men of his company, speedily overcame all opposition, and established himself in the place. Captain Wood’s decision, energy, and determined valour, undoubtedly contributed in a high degree to the success of the attack. His wounds compelled him to leave the force for a time; but, with the true spirit of a good soldier, he rejoined