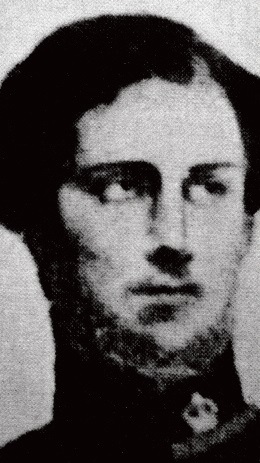 Brigadier Archdale Wilson had left Meerut for Delhi with 1,000 troops on 27 May 1857. On 30 May his force was engaged by the rebels at the Hindan river, east of Delhi. Ensign E A L Phillipps was a member of one of two companies that took the bridge across the Hindan. Wilson then advanced on 7 June to Alipore, north of Delhi, to join a force under General Barnard which had marched down from Ambala. The following day this army defeated the rebels in a battle at Badli-ki-Serai just outside Delhi, and occupied the Delhi Ridge to the north-west of the city. Throughout June and July Phillipps was stationed at Hindu Rao’s House on the Ridge, one of the chief targets of the rebels. On 11 July he led a charge against the sepoys, who were threatening several guns. On 14 September Wilson launched his assault on the city with the storming of the Kashmir Gate. On the 17th Phillipps distinguished himself at the capture of the Water Bastion, the northernmost point of the City walls where they met the River Jumna. He was killed on the same day in street-fighting in the city, shot through the eye whilst peering through a breastwork.

Ensign Everard Aloysius Lisle Phillipps, of the 11th Regiment of Bengal Native Infantry, would have been recommended to Her Majesty for the decoration of the Victoria Cross, had he survived; for many gallant deeds which he performed during the Siege of Delhi, during which he was wounded three times. At the assault of that city, he captured the Water Bastion, with a small party of men; and was finally killed in the streets of Delhi on the 18th of September.
The KING has been graciously pleased to approve of the Decoration of the Victoria Cross being delivered to the representatives of the undermentioned Officers and men who fell in the performance of acts of valour, and with reference to whom it was notified in the London Gazette that they would have been recommended to Her late Majesty for the Victoria Cross had they survived:–London Gazette, 21st October, 1859.