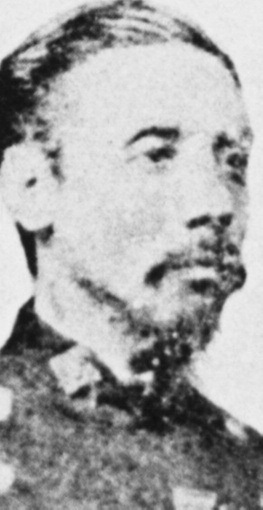 As news of the events at Meerut and Delhi spread, there were mutinies in various garrisons across northern India. At Benares (modern Varanasi), over four hundred miles south-east of Delhi along the Grand Trunk Road, on 4 June 1857 the authorities decided to disarm the 37th Native Infantry. The sepoys were paraded but, fearing what might happen to them, rushed to retake possession of the weapons they had just surrendered. At this, the British opened fire and fighting broke out. Private J Kirk, 1st Battalion, 10th (The North Lincolnshire) Regiment, and Sergeant Major P Gill, The Ludhiana Regiment, and Sergeant Major M Rosamond, 37th Bengal Native Infantry, took part in the rescue of Captain Brown and his family, who lived in an isolated bungalow. In fact, the disturbances at Benares were soon contained and by 6 June the district was reported quiet.

This Non-Commissioned Officer volunteered to accompany Lieutenant-Colonel Spottiswoode, Commanding the 37th Regiment of Bengal Native Infantry, to the right of the Lines, in order to set them on fire, with the view of driving out the Sepoys, – on the occasion of the outbreak at Benares, on the evening of the 4th of June, 1857; and also volunteered, with Serjeant-Major Gill, of the Loodiana Regiment, to bring off Captain Brown, Pension Paymaster, his wife and infant, and also some others, from a detached Bungalow, into the Barracks. His conduct was highly meritorious, and he has been since promoted.