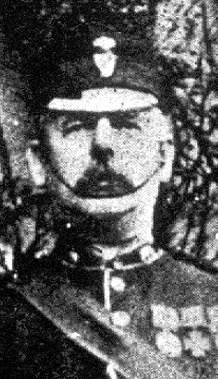 On 8 June 1857 General Sir Henry Barnard advanced south down the Grand Trunk Road from Alipore. Five miles north-west of Delhi, the rebels attempted to block his progress at the village of Badli-ki-Serai. The rebel artillery proved accurate but Barnard’s force soon overwhelmed them, men of the 75th Regiment bursting into the Serai. During the course of the Battle, Lieutenant A S Jones, 9th Lancers (Queen’s Royal), captured one of the enemy’s guns as it was being driven away from the battle. It proved to have belonged to Captain de Tessier’s Field Battery, which had mutinied at Delhi the previous month. Meanwhile Sergeant H Hartigan rescued Sergeant H Helstone (both also of the 9th Lancers). After a brief rest the Field Force marched on to establish itself on Delhi Ridge. Hartigan was subsequently to distinguish himself at the Battle of Agra on 10 October 1857.

For gallantly venturing, under a heavy fire, with three others, into a Serai occupied by the Enemy in great numbers, and removing Private Corbett, 75th Regiment, who lay severely wounded. Also for cheering and encouraging a party which hesitated to charge down a lane in Subzee Mundee, at Delhi, lined on each side with huts, and raked by a cross fire; then entering with the said party into an enclosure filled with the Enemy, and destroying every man. For having also, on the same occasion, returned under a cross fire to collect dhoolies, and carry off the wounded; a service which was successfully performed, and for which this man obtained great praise from the Officers of his Regiment.