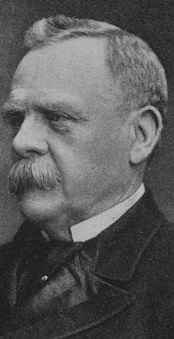 There had been attacks on the British positions on Delhi Ridge on 10 and 11 June 1857. On 12 June mutineers assembled in the grounds of the house built by Sir Thomas Metcalfe, the former British Commissioner of Delhi. The grounds lay between the Ridge and the River Jumna to the north of the city and from there the mutineers launched an attack on the Picket near the Flagstaff Tower almost capturing its two guns. However, they were driven off by the 75th Regiment. The Metcalfe House and its grounds were subsequently manned by British pickets to prevent the recurrence of such attacks.

For having, on the 12th of June, 1857, at the Flag-staff Picquet at Delhi, when the whole of the Picquet of Her Majesty’s 75th Regiment and 2nd European Bengal Fusiliers were driven in by a large body of the enemy, brought in from amongst the enemy a wounded Bugler of his own regiment, under a most severe fire, who would otherwise have been cut up by the rebels. Also, on the same day, when the Fusiliers were retiring, by order, on Metcalfe’s house, on its being reported that there was a wounded man left behind, Lieutenant Cadell went back of his own accord towards the enemy, accompanied by three men, and brought in a man of the 75th Regiment, who was severely wounded, under a most heavy fire from the advancing enemy.